By Joi-Marie McKenzie · Updated December 6, 2020
ESSENCE’s first-ever digital cover starring Chloe x Halle definitely turned heads when it was released last week — not like we’re biased or anything. But the singing sisters themselves also told ESSENCE while walking the red carpet at the 61st annual Grammy Awards last Sunday that they felt the love from their fans and ESSENCE readers alike. The Grammy nominees said they were honored to receive the first digital cover treatment. 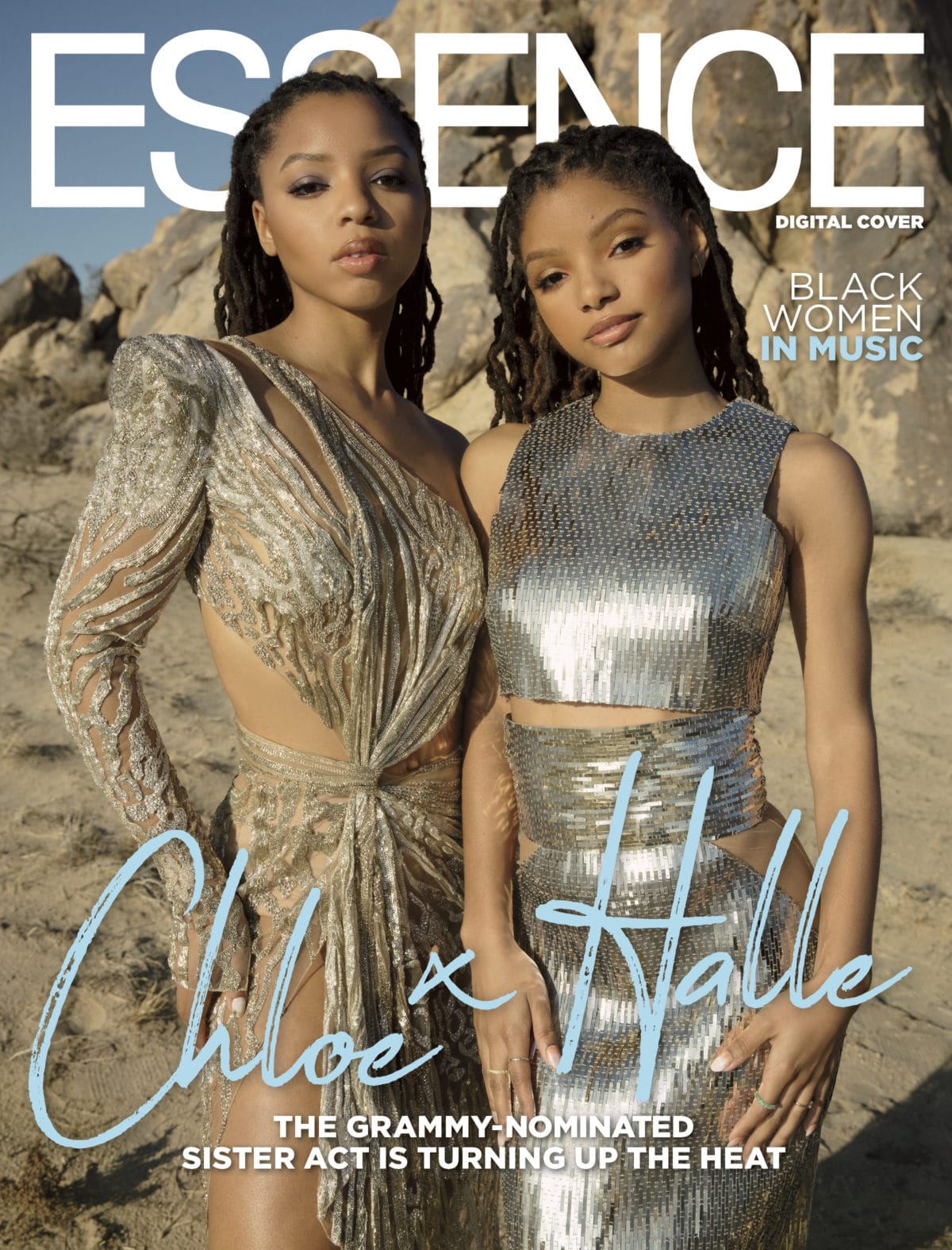 “That felt amazing even as we were filming it. We couldn’t believe we were shooting for ESSENCE because we’ve always read Essence,” Chloe Bailey said. “To just be there and be amongst all of these other beautiful Black women in that issue; it meant the world to us,” she added. In the cover story, titled Dream Catchers, the duo also spoke about their Grammy nomination. “We still feel like we’re dreaming about the Grammy nominations,” Halle Bailey said. “We’re forever grateful, and we know that no matter what happens, this honor, it will stay with us for the rest of our lives—and it just inspires us to keep going.” Watch the video above to see more from their big Grammys night last Sunday.

Seeing Double: Celebs Who Have Twins And Triplets

In The Comments With Crystal Hayslett

The New Edition Fellas and Their Beautiful Wives