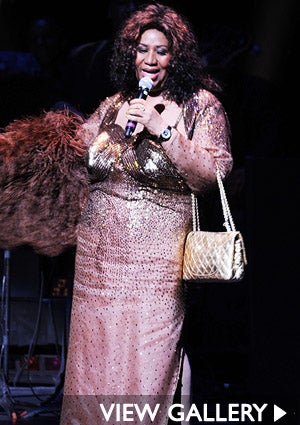 Last night the Apollo Theater held its Spring 2010 Benefit, and inducted a King and Queen into their Apollo Legends Hall of Fame: Michael Jackson and Aretha Franklin. Jamie Foxx hosted the gala, which featured a memorial for the King of Pop, just one week shy of the one-year anniversary of his passing. Jackson’s good friend Chris Tucker accepted the award in his honor. Sharon Jones and Estelle performed some of Franklin’s greatest hits, before Franklin stepped on stage for a short impromptu performance that got the crowd moving.