If you watched the 2017 Emmys on Sunday night (I mean, who wasn’t?) then you were probably rendered speechless the moment Leslie Jones graced your television screen. We were!

The “Saturday Night Live” actress completely slayed the red carpet in a custom Christian Siriano gown. Jones is a huge Siriano fan — she was just spotted front row at his New York Fashion Week show last week. And the black beaded, sheer design she donned Sunday night at the Emmys was stunning. But what really took our breath away was Jones’ gorgeous gam stepping out of the gown’s high slit! 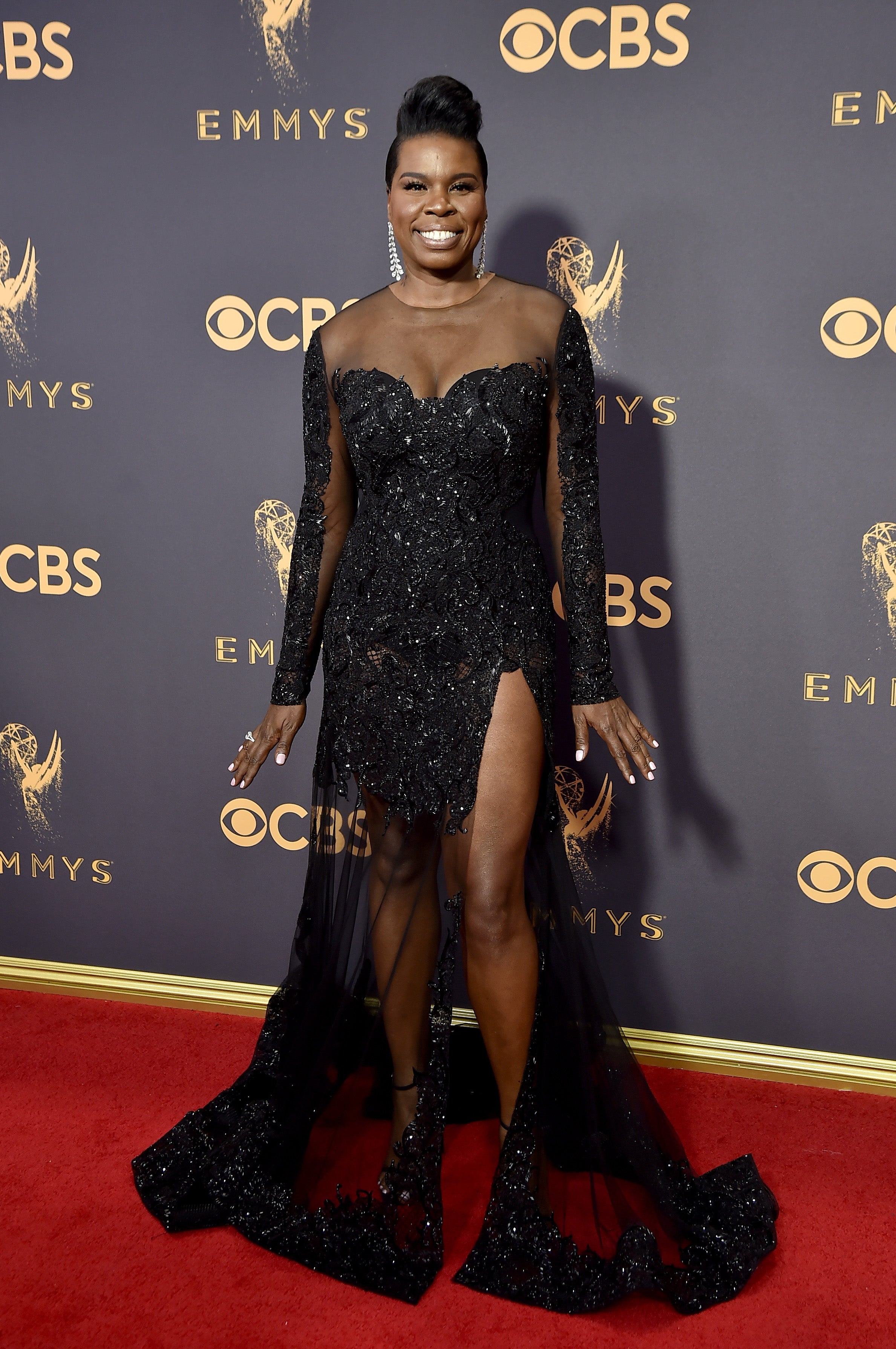 Leslie you are a dreammmm and so beautiful and what do you think this man is thinking right now?? HahaHaha #lesliejones @Lesdoggg pic.twitter.com/KwZtpWl2B8

Yup– she took Angelegging to a whole new level! Jones has been hitting the gym hard lately, so it make sense that she’d want to showoff her hard work.