When you’re two of the top actors in Hollywood who have decades of notable accomplishments under your belt, you’d think the Emmys would know exactly who you are at all times.

Unfortunately for Cuba Gooding Jr. and Terrence Howard, that wasn’t quite the case on the 2016 Emmys Red Carpet.

The Microsoft Theater in downtown Los Angeles was a who’s who of entertainment heavy weights on Sunday evening as our favorite faces in TV land made their way over to pose for a few pictures before heading inside for the 68th Annual Emmy Awards festivities.

Per usual, social media was buzzing about the red carpet arrivals and when the official Emmys Twitter account tweeted out a photo of Terrence Howard accompanied by a caption that included the words: “Outstanding Lead Actor in a Limited series @cubagoodingjr” the masses were sure to capture the moment. 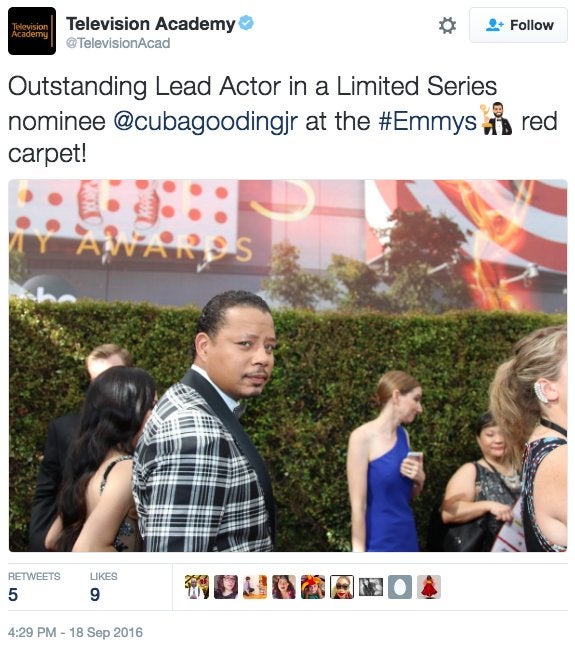 The tweet was shortly deleted after it was sent out but as we all know, nothing ever quite goes away once it hits the Internet. Hopefully the Emmys will get it right next time, considering that Cuba Gooding Jr. and Terrence Howard are both award-winning actors who have certainly put in the work to be recognized individually and accurately, rather than mistaken for each other.