ESSENCE is proud to have entertainment icon Missy Elliott as the honoree for our 2018 Black Women In Music event! Now, we’re excited to announce performances from two of today’s most talented women in Hip Hop to help us make the celebration even more unforgettable. 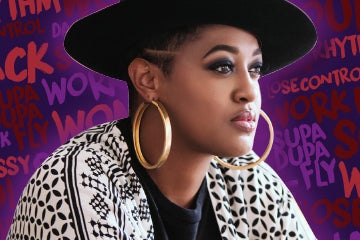 Grammy-nominated emcee Rapsody is a solidified name in Hip Hop synonymous with unparalleled lyrical ability and consistency. Since making her way onto the music scene in 2007, the North Carolina native has done everything from land on the XXL 20 Greatest Female Rappers of All Time list, to collaborate with some of the biggest names in music including Kendrick Lamar, Erykah Badu, Raekwon, Marsha Ambrosius and Big Daddy Kane. Most recently, her second studio album, Laila’s Wisdom, earned her two 2018 Grammy nominations.

Hailing from Brooklyn, NY,  Leikeli47 emerged as one to watch in Hip Hop and has remained a standout among her peers with her intriguing style and undeniable talent. She made a major mark on 2017 with the release of her debut album, Wash & Set, and has also garnered praise from the likes of entertainment and business mogul Jay-Z. Her music was also featured on seasons 1 and 2 of Issa Rae’s Golden Globe-nominated HBO series, Insecure.

Both ladies will hit the stage to deliver electrifying performances during the 2018 Black Women In Music celebration, to be held on January 25, 2018 at the Highline Ballroom in New York City just ahead of the 60th Annual Grammy Awards.