Skip to content
By Britni Danielle · Updated October 23, 2020
Black Girl Magic has been en vogue these past few years, thanks to sistas across the diaspora who show up and show out in every possible way. Still, it’s one thing to write #BlackGirlMagic on a photo when you’re feeling yourself, or wear a shirt emblazoned with the phrase, but it’s quite another thing to literally be caught up in the rapture of the magic of Black women. But that’s exactly what happens every time you step into ESSENCE’s annual Black Women In Hollywood event. This year, ESSENCE honored The Hate U Give’s Amandla Stenberg, If Beale Street Could Talk star Kiki Lane, veteran actor Regina Hall, and the legendary Jenifer Lewis. While it’s extremely hard to put into words the feelings of sisterhood, familiarity, and love that permeates the room each year, Lane summed it up beautifully when she said, “Being here…is showing me I’m not by myself.” Too often Black women find themselves alone in spaces that are unwelcoming and unkind. From the classroom to the boardroom, Black women are steadily making strides in almost every way but being the only — or one of a few — can leave you feeling frustrated, disheartened, and alone. And in the entertainment, where Black female actors, directors, and writers still struggle for access, opportunities, and equal pay, the journey can feel especially crushing. That’s why ESSENCE’S Black Women In Hollywood event is so necessary.

This photo I snapped of @ava, Dr. Anita Hill, and Nina Shaw is what @Essence's #BlackWomenInHollywood event is all about. pic.twitter.com/YCo9u6kwhC

Nobody celebrates you like your sisters, because no one understands what it’s like being Black and a woman in an industry, and a world, that often tries to discount both. Stepping in the room this year felt like coming home. Even though the luncheon is full of star power, everyone mingles and swaps greetings, stories, and compliments like only Black women can. At this year’s luncheon, I casually struck up a conversation with Dr. Anita Hill, who was not only warm but funny and insightful, and extremely kind. I also traded hugs and hellos with Ava DuVernay, Me Too founder Tarana Burke, badass entertainment lawyer Nina Shaw, and Pose star Billy Porter just to name a few. 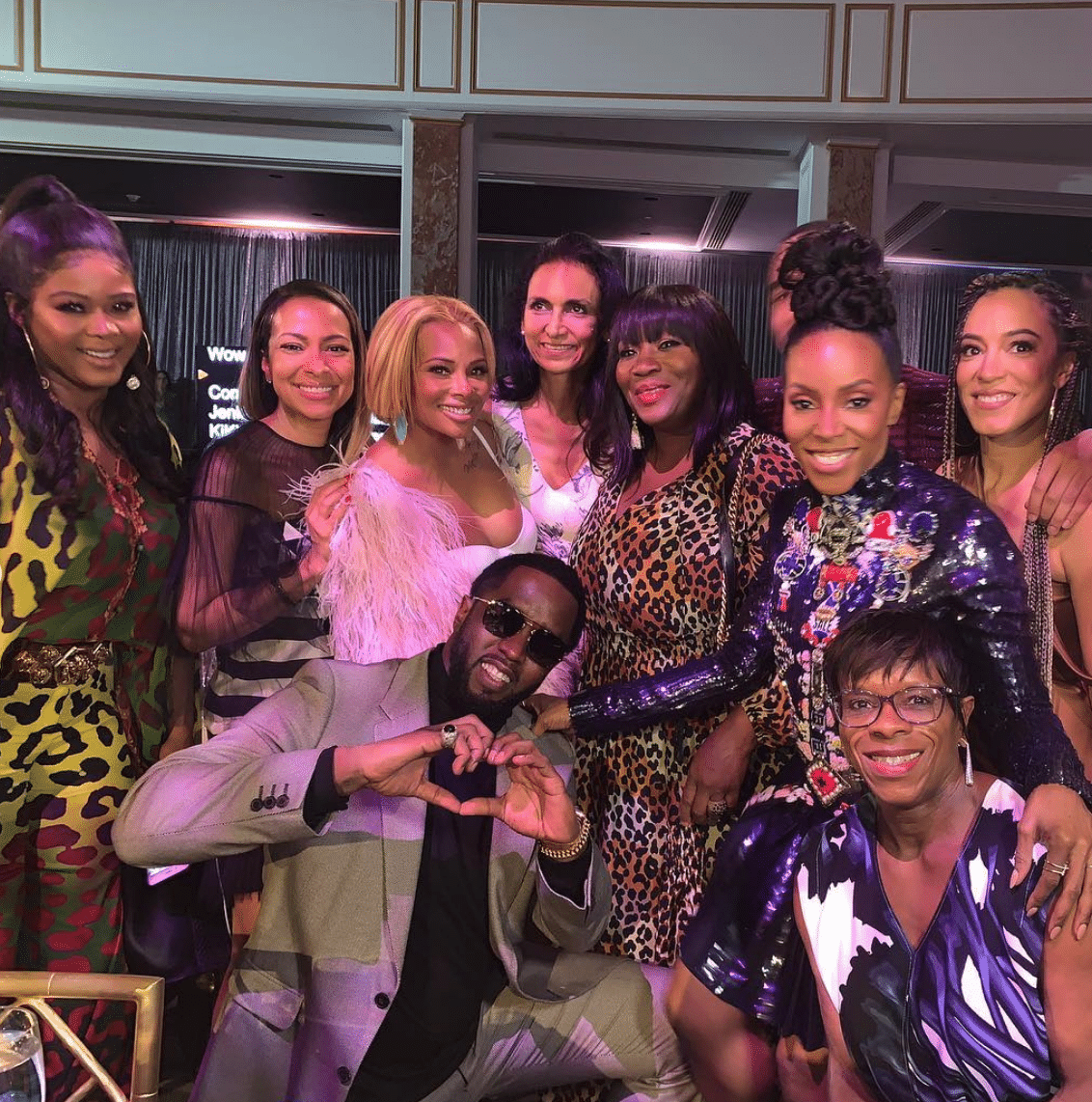 Even Diddy came out to show support to Hollywood's finest.

Before the afternoon was over, I even got a few seconds with Sean “Diddy” Combs, who seemed to just want to be in a room full of PEAK Black excellence. While Diddy is known for his outsized personality, he watched didn’t take over the event. Instead, he quietly watched the whole ceremony, leaping to his feet often to clap for the women who took the stage. Few spaces are explicitly for us, but at ESSENCE’s Black Women In Hollywood luncheon, sisters are seen and heard and loved up on in a way that gives us the energy and inspiration to keep pushing forward. As Regina Hall said during her speech, “I couldn’t even have this moment if I didn’t have the people who have been in my life enabling me to sustain the times that have been difficult.” Likewise, without ESSENCE creating such a sacred and affirming space, many of us would never know what it’s like being surrounded and engulfed in unadulterated #BlackGirlMagic.