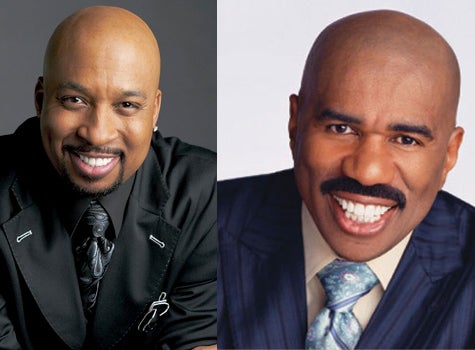 The good news keeps coming from the ESSENCE Music Festival! Just announced: actor, comedian, syndicated radio show host, and author Steve Harvey will team up with his “Steve Harvey Morning Show” colleague Nephew Tommy to co-host the hottest weekend in music at this year’s ESSENCE Music Festival on the 4th of July weekend in New Orleans. One of the original Kings of Comedy and author of the #1 New York Times bestseller “Act Like A Lady, Think Like A Man,” Steve Harvey and his on-air partner Nephew Tommy will preside over the weekend’s festivities, which include daily empowerment seminars as well as the most spectacular music lineup, with Janet Jackson, Mary J. Blige and Alicia Keys headlining. For more details on festival schedule, to purchase tickets, or find out more about travel and hotels, click here. Related stories: