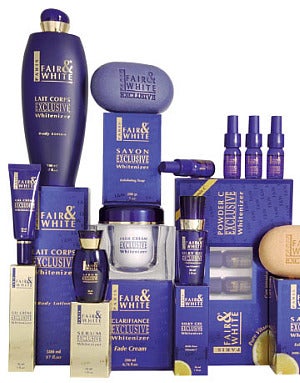 One of the most disturbing legacies that plagues the African American community is the light skin/dark skin issue. Whether we like it or not, many dark-skinned women still find that, in some cases, they’ve missed out on professional opportunities because of their skin color, or they’re considered less attractive than their light-skinned sisters. The wounds caused by slavery and colonization run so deep, that for decades, brown women all over the diaspora have attempted to lighten their skin with bleaching and fade creams (it’s not limited to women, either…has anyone seen Sammy Sosa lately?).

But now, The New York Times reports that skin-lightening products like Fair & White and Hyprogel can cause serious side effects. Sure, they’ll lighten your skin, but these topical ointments can also cause horrible acne, and make your skin so thin that it bruises at the slightest touch. According to experts, these side effects are the result of harmful, prescription-level steroids found in the over-the-counter creams. The worst part? These products are scarily accessible–they’re sold everywhere from bodegas and ethnic beauty stores to online boutiques. Sadly, the Times says that no studies have been done on the use of skin lightening creams in this country, but we think it’s safe to say that they’re a bad idea. They’ll ruin your skin, but the real, lasting damage will be on your psyche.