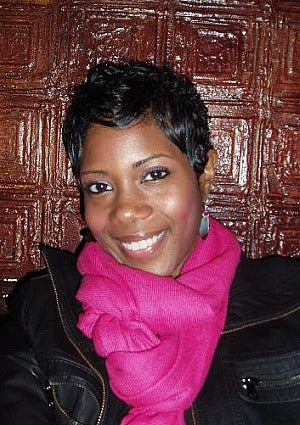 There’s a doorman who shall remain nameless, who stalks around the front of an office building near my house. Kind, but prone to boisterousness, every time I have to pass this building to get home, he bellows out “Ey yo girl! I see you!” with such thunder that everyone within earshot turns to take a look. Unwanted attention ensues, but I let it slide because I know he means no harm. One day, as I passed him he turned to one of his friends and said “Now see, she’s fine for a dark-skinned girl. Normally, I wouldn’t even step to a girl that dark, but I would step to her.” I never spoke to him again. Being in New York City, the seven layer burrito of cultures and ethnicities, I expected a bit more social awareness. But I’d totally forgotten the Brooklyn born brother I dated, who informed me that I was the darkest girl he’s ever gone out with. He scoffed when I asked him if he would date outside of his race. We subsequently broke up, and he settled with a more tonally appropriate sister. Having grown up hearing this comment all the time, I always chalked it up to some sort of a regional thing. Many of the African-Americans in Detroit are first or second generation Southerners, and know that this idea is still prevalent below the Mason Dixon and in areas of Southern influence. As most of you already know, there are various historical implications. In early colonial days, it was the norm for White French men who settled in Louisiana to take African slaves as mistresses. These enslaved women bore mixed-race children, who grew up and started claiming themselves as Creoles. They used their mixed-race to divorce themselves from the enslaved Africans, thus gaining an advantage in education and social status. They even encouraged marrying other Creoles to maintain their social class. We also know about shade prioritizing on the plantation, where the lighter one’s complexion, the more likely they would get to work in the house rather than the field. But that was eons ago. So this stereotyping is not only grossly outdated, but clearly passed on through generations in order to be kept alive like folklore. And it’s not only amongst Southerners, but as proven by many New Yorkers I’ve met, amongst Blacks in general. Clearly every 500 year old rule deserves a revision, especially the rule consistently proves to be a moot point. Telling someone that they’re beautiful despite some perceived handicap is like saying “You’re not too shabby for a leper.” It’s a backhanded compliment, it’s damaging to the self-esteem of all African-Americans, and it perpetuates something that simply isn’t true. Perhaps this is why of late, hiding behind a country or island has become vogue, making Black sound more exotic. “Oh, I’m Grenadian” as if Grenada is some giant bio-dome, cranking out some superior breed of Black. Last time I checked, it’s still 82 percent Black folk, so feel free to check off that “Black” box on your census survey. I won’t tell. In addition to being a stunner for any shade, I’m a great keeper of confidences.