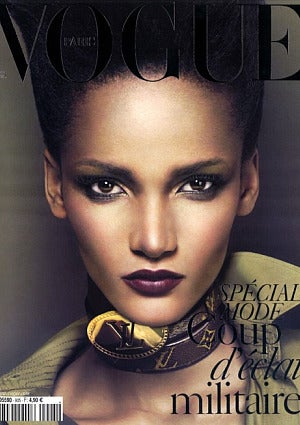 Model history has officially been made! French Vogue’s March 2010 cover, on newsstands now, features its first solo Black model since Liya Kebede in 2002. The gorgeous cover girl is Rose Cordero, a Dominican newcomer who made a major splash during New York Fashion Week (we’re obsessed with her almond-shaped eyes and chic, short natural ‘do). Whether French Vogue chose Cordero in order to make up for the magazine’s blackface scandal last year, or simply because Cordero is fashion’s next big star, we don’t know–and, honestly, who cares? This cover is beyond. Congrats, Rose! Read More:
Loading the player...