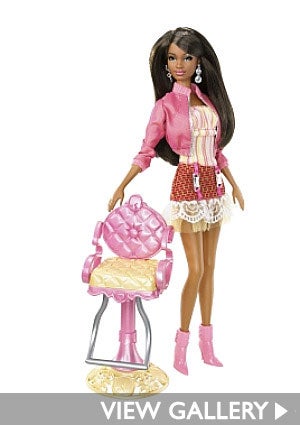 Some Parents are saying Mattel’s new “So in Style” Black dolls made with wider noses and fuller lips in an array of skin tones are not Black enough, according to “Wall Street Journal”. Parents are not too pleased with the straight, long hair and blue or green eye color that some of the dolls have. The dolls also feature the waif-like figure of Barbie dolls, not an accurate depiction of most women in general, much less Black women.

“I thought it was unfortunate that once again we’re given a doll with hair that is so unlike the vast majority of black women,” one mom said.

“If they had given the dolls short, kinky hair or an Afro, people might have complained that it was too Afro-centric… We’re so hard and picky,” another mother commented, reported “WSJ”.

Mattel consulted a number of high profile Black women, including Cookie Johnson, Magic Johnson’s wife, when creating their new line of dolls, created by designer Stacey McBride-Irby who sought to make a dolls that her daughter could identify with. McBride-Irby was a little shocked by the negative comments about the dolls.

The toy company plans to grow the line in 2010 adding more dolls to represent the differences in Black women, including one with an Afro. Mattel also plans to release a Black male “So In Style” doll named Darren.