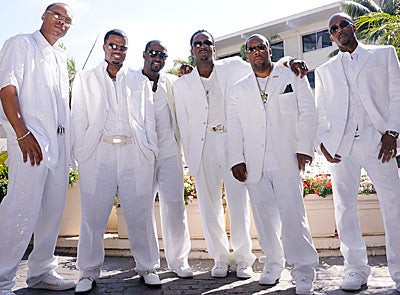 Guess who’s coming to the ESSENCE Music Festival? New Edition! Bobby Brown, Johnny Gill, Ralph Tresvant, Michael Bivins, Ricky Bell and Ronnie DeVoe will reunite on stage with the EMF crowd to celebrate their 30th anniversary as a group. This is the first time the guys have performed together since their 1996 album “Home Again.” From “Still In Love With You” to “Can You Stand the Rain,” it’s going to be a party in New Orleans this year! (Did you get your tickets yet?) “This is just the beginning,” said Bell. “We’re preparing for a world tour and many other exciting things that we’ll be announcing soon. The next chapter of New Edition is going to be an incredible celebration to thank our fans for all of their support over the last 30 years.” Beginning their career in 1983 with the release of their debut album “Candy Girl,” New Edition has truly shown that talent and integrity can endure a lifetime. Boasting three solo careers as well as hits from one of the most influential R&B groups of the 1990s, Bell Biv DeVoe, we can’t wait until it’s time for “Poison.” Will you be there to dance with us in the Big Easy? Get your tickets here! Single night tickets now available — check out the night-by-night EMF lineup.