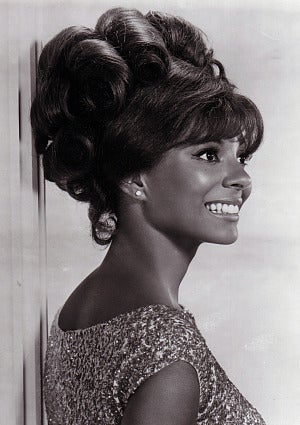 The other day, a couple of ESSENCE.com staffers were watching a DVD compilation of the 1977 miniseries “Roots,” and we immediately became obsessed with Leslie Uggams, the gorgeous actress who played “Kizzy.”

Of course, the Tony Award-winning singer/dancer/actress’ career was in full bloom long before the groundbreaking miniseries aired. The native New Yorker got her first taste of show business at age 7, when she played Ethel Waters’ niece on the 1950s TV show, “Beulah.” When Waters discovered that Uggams could sing, the child star began opening for some of the biggest acts in the world at Harlem’s Apollo Theater.

As a teen in the early ’60s, she sang for huge films like “Inherit the Wind,” and guest-starred on the hit TV show, “Sing Along with Mitch.” By 1969, she was starring in her own variety show, “The Leslie Uggams Show,” which was the first sketch vehicle to star a Black host since 1956’s “The Nat King Cole Show!”

After a number of film roles, she landed the iconic role of Kizzy in “Roots,” and went on to sing and dance her way through several top Broadway plays, including “Thoroughly Modern Millie,” “Anything Goes,” and the show that won her a Tony, “Hallelujah Baby.”

These days, the Delta Sigma Theta soror is traveling the country with her stellar one-woman show — and she’s more gorgeous and luminous than ever!