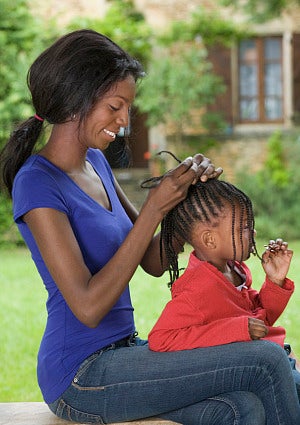 Hair braiding is one of the most beloved African-American traditions, passed down from generations of women in kitchens and on porches. But now, lawmakers in Illinois are attempting to require hair braiders to get a cosmetology degree (which can cost up to $15,000) and then apply for a license. The law is supposed to protect clients if they develop side effects from the service, but it has salon owners and braiders up in arms. “Hair braiding is not cosmetology,” Alie Kabba, executive director of the Chicago-based United African Organization, tells the Associated Press. “You cannot ask an engineer to get a degree in history.” The new laws have forced Illinois based hair braiders to flee their salons and take secret appointments with only established clients. Salons are shutting down left and right, and many skilled immigrants are finding themselves jobless. In response to the uproar, a new bill is being introduced that would allow Illinois braiders who’ve been practicing for at least two years to automatically obtain a license (after paying a fee, of course). According to the Associated Press, Illinois isn’t the only state requiring hair braiders to obtain a cosmetology degree. The Institute for Justice, a Washington DC organization challenging braiding laws, says that ten states and the District of Columbia had a special license for braiders, and eleven states exempted braiders from having to obtain a degree or license. What do you think about this issue? Should hair braiding, a skill that’s informally honed and inherited from our grandmothers and great-grandmothers, be considered a licensed trade? Let us know in the comments section!