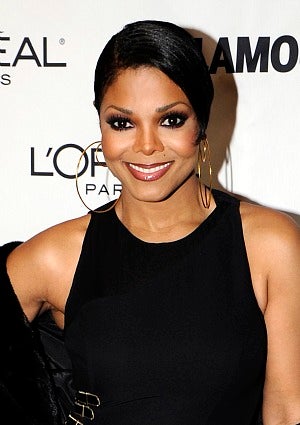 Janet Jackson is pretty much always fierce, but at last night’s Glamour Women of the Year Awards, she blew us away. That makeup! Here’s the thing: most makeup artists will tell you to either enhance your eyes or your lips, but never both. Last night, Janet broke the rules with a super-smokey eye and a strong berry lip, and she’s never looked hotter… If you ever needed a reason to ignore age-old beauty tenets, here it is. The gown was fabulous, too. Draped in black Atelier Versace, Ms. Jackson presented an award to Donatella Versace, explaining that when her brother died, she called Donatella because she knew she would understand. “We both lost brothers,” she said, “We share a very deep bond.” Janet went on to say that when her family wore Versace to Michael’s funeral, it “meant we were dressed in love.”