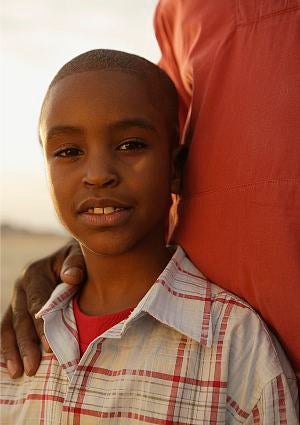 This past Saturday during the African-American Educational Summit held at the ESSENCE Music Festival, ESSENCE Magazine’s Patrik Henry Bass moderated a panel on Black youth called “Saving our Black Boys: What Parents Should Know.” Panelists included Morehouse College’s Dr. Robert Michael Franklin, Judge Penny Brown Reynolds, U.S. Army General Ward, educator Dr. Jawanza Kunjufu, and drug dealer-turned-celeb cook, Chef Jeff. Dr. Kunjufu discussed the disparaging numbers of Black boys in special education and pointed out that the children who are least likely to be placed in special education are White girls, and the group most likely to be placed in it are Black boys. “Our sons are spending too much time in time-out, in special ed,” he said. “If we know that boys have a shorter attention span, then we should shorten the classes, not place them in special ed. Girls mature faster than boys… so the real issue is that 80% of the children placed in special ed are not there because of ADD or ADHD, they’re there because of reading deficiency. Bass asked the panelists how they felt about the tendency for parents to want to make their children “hard” and wondered how we could achieve balance in the “battle between machismo and prison with sensitive boys and Ph.D programs.” Dr, Franklin suggested we take opening up our children to new experiences more seriously. “All our young men need to be well-read, well-spoken and well-traveled,” he said. “We need males who respect women, who respect children.” Judge Brown challenged all parents to restore the African-American family by “bringing back the spirit of manhood.” She added:

“To the single women, make sure to have male role models in [your son’s] lives. If your children were born out of wedlock you have an obligation to get your boys around some real men. Not a thug, not a drug dealer, not your boyfriend, get your boys to see a real man. There are examples of real men everywhere.”

Chef Jeff [Henderson]  spoke of “the pipeline from the inner city to the prison.” “Many young Black men were taught to “man-up” at a young age,” he said. “Our mothers tell us, ‘You’re the man of the house,’ but how are we gonna be the men of the house when we don’t have an example of what a real man is?” he asked. “The key to breaking the cycle is getting the parents to buy in. We can have many seminars like these all the time, but until we start holding parents accountable for managing and teaching their own children we will continue to have this problem year after year.” In all, what parents could take away from the panelists is a call to be more involved in their children’s educational life and, as Morehouse’s Dr. Franklin put it, to reduce the negative  “images and messaging” Black boys are getting from the world by surrounding them with positive Black role models.
Loading the player...