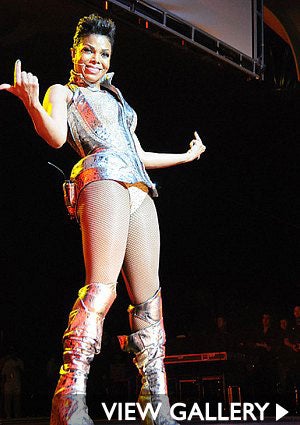 If you caught last night’s ESSENCE Music Festival concert at New Orleans’ Superdome, you know that Monica, Raphael Saadiq and Charlie Wilson rocked the house. And the general consensus is that Janet Jackson — Miss Jackson if you’re nasty — shut the house down. We asked our Facebook friends what they thought of Miss Damita Jo’s performance. Here’s what you said: Roz: “Janet turned it out! I thought she was excellent and the new haircut is beautiful!” Tamika: “Janet rocket it last night! [She had] so much energy. Great performance, as I expected.” Alexis: “She is often imitated but never duplicated! [Janet is officially] the baddest chick!” Xabimar: “[Janet was] awesome! She had an awesome great performance! She killed it. Antoinette: “[Janet’s performance was] amazing, fierce, incredible, timeless, awesome. None can compare! I want to be like Janet when I grow up!” Althea: “I loved it! You still got it Janet!” Monica: “She was incredible and she looked so damn good as well!” Jasmine: “I loved her performance. She had so much energy.” Suzette: “Start the campaign to bring her back next year.” Natasha: “Janet shut it down last night!” Mitchelle: “I loved it! I love [Janet] I felt like I was at one of her tours and I knew the show wasn’t over ’til she sang [‘Together Again’]. Her costumes were sick!”
Loading the player...