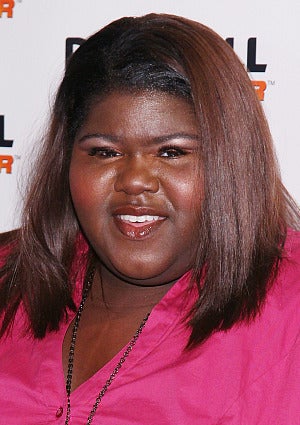 This week, “Precious” star Gabourey Sidibe can add high-fashion cover girl to her growing list of achievements. The acclaimed actress landed on the cover of V magazine’s “Size Issue,” which celebrates women of all shapes (petite actress Dakota Fanning poses on a contrasting cover, both of which hit newsstands on January 14). Shot by top fashion photographers Inez van Lamsweerde and Vinoodh Matadin, the lush black-and-white image was recently leaked online, where it’s been causing quite a stir. Some camps applaud the choice to put the zaftig-and-proud Sidibe on the cover of such an insidery, avant garde magazine, while detractors feel that her size is unhealthy and shouldn’t be celebrated. In any event, the 26-year-old doesn’t let the criticism get her down. “I used to get hurt so badly,” she says in the issue. “Any bit of criticism, I would cry. But at some point I realized, I count more than anyone else. And I like who I am. I really, really dig me.”

What do you think of Sidibe’s groundbreaking cover?