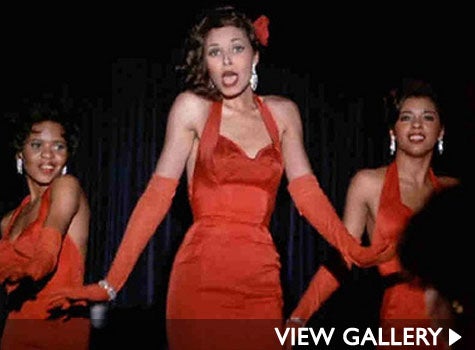 We love to oomph up a rainy day with little icon-worship! Right now, we’re obsessing over Lonette McKee’s sassy turn as Sister in the 1976 cult classic, “Sparkle.” Set in late-1950s Harlem, McKee plays the gorgeous lead singer of a Supremes-esque local girl group along with her two sisters (the youngest was played by a fresh-faced Irene Cara). True, Sister eventually succumbed to a drug overdose at the hands of her dangerous hustler BF–but based on the deliciousness of her hip-swiveling, shoulder-shimmying performance of “What Can I Do” (which inspired En Vogue‘s classic video for “Giving Him Something He Can Feel”), Sister goes down as one of the great glamour goddesses of black cinema. Try Lonette McGee’s 1950s femme fatale makeup look at home with these retro-chic products.