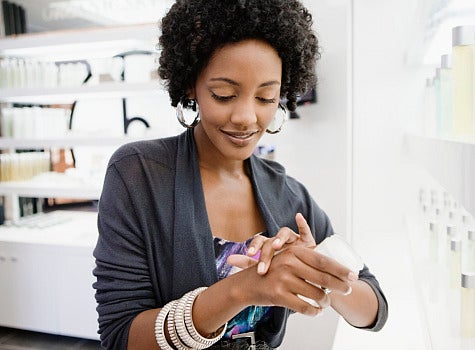 As more and more women turn towards greener lifestyles, organic beauty and hair products are becoming a priority. The problem? According to the New York Times, no federal agency has regulated organic claims for these items, so beauty companies have been using the term loosely, at best. Enter Whole Foods, who plans on turning the green industry on its ear! The New York Times reports that, starting next June, the retailer will require all organic personal care products to be certified by either the Agriculture Department’s National Organic Program; or NSF International, a nonprofit based in Ann Arbor, Mich., that issues its own certification mark. Any products claiming to be organic that don’t get the certification will be removed from Whole Foods shelves. The retailer’s new regulation aims to give green-minded consumers a more honest retail experience. OrganicMania blogger Lynne Anne Miller told the New York Times that she once bought a children’s lice shampoo that claimed to be organic, but actually contained six chemicals deemed risky by the Environmental Working Group. “I was furious,” she said. “Standing in the aisle trying to read the ingredient list on a bottle of shampoo [with] kids hanging on you? It’s impractical.” she said. Thanks to Whole Foods’ new regulations, we won’t have to struggle to decipher what’s truly organic on beauty shelves. Since the mammoth chain is so influential in the industry, we can only hope that other retailers follow in its footsteps.
Loading the player...