One of the year’s most anticipated literary debuts, Behold the Dreamers by Cameroonian-American author Imbolo Mbue, has been released to much critical acclaim.

Protagonist Jende Jonga, a husband and father of one, immigrates from his native Limbe, Cameroon, to America in search of a better life for himself and his young family. After a stint as a cab driver, he lands himself a better paying job as a chauffeur to a top Lehman Brothers executive and soon finds his family smack dab in the middle of what has been dubbed the world’s worst financial crisis since the 1930s Great Depression—the credit crunch of 2008.

While many books have been penned and a number of films shot about the global financial meltdown, the story Mbue chose to tell is unique in that it grapples with the subject of how the fall of one of the world’s biggest investment banks affected an immigrant African family.

Mbue tells ESSENCE she drew inspiration for the premise of the novel while walking at New York City’s Columbus Circle in the spring of 2011, where she saw chauffeurs waiting for executives in front of the Time Warner building on 59th Street.

“I started thinking about the relationship between the chauffeurs and the executives and the ways in which the recession might have affected the men and their families,” she said.

Mbue surprised many in literary circles when publisher Random House took a bet on the then-never published author in October 2014, with a rumored seven-figure deal for Behold the Dreamers. Two years later, the book, which Mbue started writing in 2011, has been published.

As a child, she read widely, delving into British classics like Jekyll and Hyde, Robinson Crusoe and Oliver Twist as well as the African writers series by Heinemann. She began writing fiction at 21 after reading Toni Morrison’s book Song of Solomon which she loved and was her inspiration to begin writing.

Her publication journey started with her sending her book to various agents who rejected her work because it was not ready. 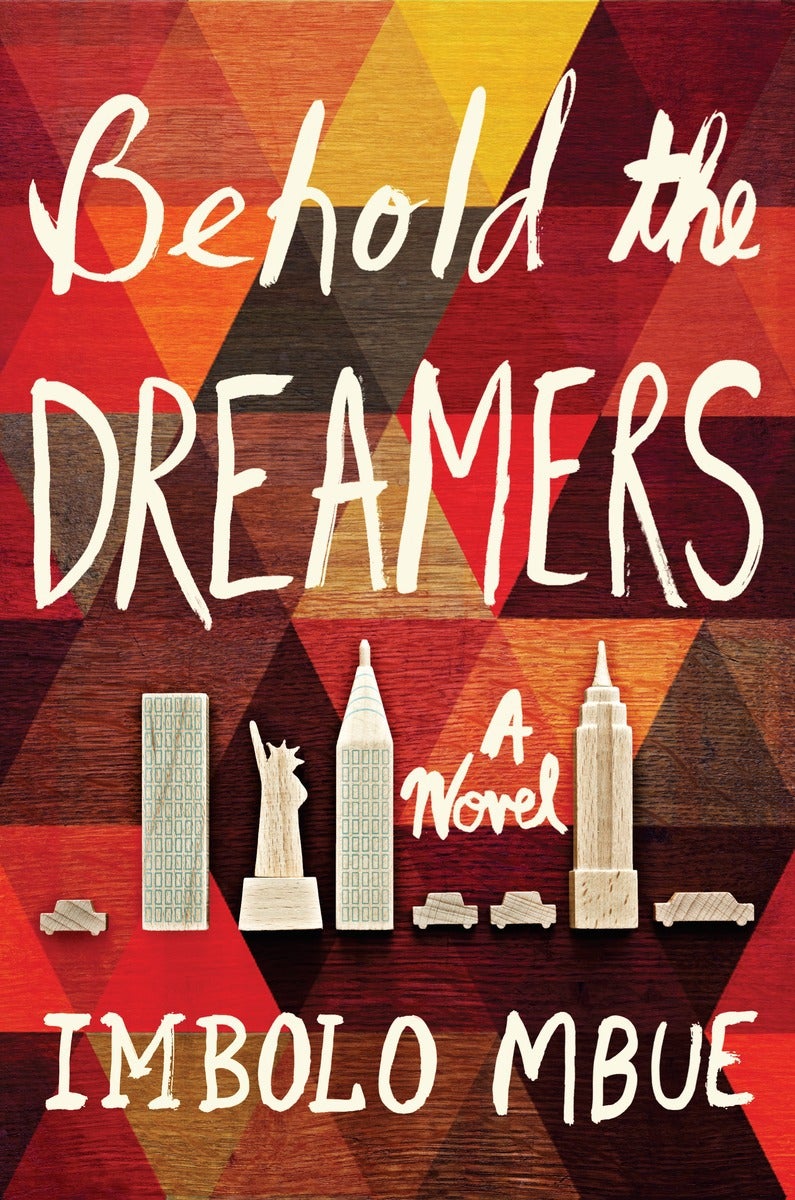 “I kept on rewriting the book and resubmitting to agents, including Susan Golomb, who was one of my dream agents,” she said. “It was a long ride, and in the Summer of 2014, Susan Golomb agreed to represent me. A few months later, she sold the book.”

Random House bought the book at the Frankfurt Book Fair. Then began the editing process with editor David Ebershoff. The writer says she learned a lot from that experience, which started in late 2014 and ended with the final corrections in March 2016.

Mbue says she does not want to label the story as an immigrant story, but wanted to write about people she was familiar with. “I wrote about people like myself—Americans, non-Americans, people pursuing dreams, people questioning which direction they should go with their lives, immigrants in search of a better life, people striving to get out of poverty, get an education, and so on. In many ways I see myself in the characters even though it’s not my life story.”

While African writers have always existed, with Chinua Achebe and Ngugi wa Thiong’o being the more well-known, Mbue now joins a distinguished group of new African voices who are making a name for themselves in the global publishing scene. The high-figure sale of her book is testimony to the popularity of books from and about the continent and the Diaspora.

“I think my whole life has been the age of the African writer. I grew up reading African classics like Petals of Blood and The African Child and Chike and the River, and books in the Pacesetter series. A lot of my understanding of the world was shaped by these books.”

In the past decade, African writers like Chimamanda Ngozi Adichie, NoViolet Bulawayo, Igoni Barrett, Chika Unigwe, Yaa Gyasi and now Mbue have ushered in the new age of the African writer. She recommends that aspiring writers should keep writing. When she first started, her love of writing kept her glued to the desk and not focused on publishing her work. “Like many things in life, it takes a lot of practice to get better. It might take a month to perfect a sentence but keep writing.”

The Corrections and Purity author Jonathan Franzen said, “Imbolo Mbue would be a formidable storyteller anywhere, in any language. It’s our good luck that she and her stories are American.”

While Mbue’s book is set in America, her main characters are African immigrants. The new crop of African writers combine their diverse experiences that stretch beyond the continent. It is time for African writers to step into this Kairos moment. With more books like Behold the Dreamers, it will always be the time of the African Writer.