Gugu Nkabinde, a former marketing and advertising executive, was presenting a strategy to a client on a sweltering hot day in the Spring of 2015 in Johannesburg, South Africa, and felt self-conscious as she stood in the boardroom full of people.

“I was wearing a white, long-sleeved shirt. It was a bit see-through and I had to wear a black top underneath so my underwear was not visible. I kept wondering if everyone could see through my shirt,” Nkabinde told ESSENCE.

After the presentation, she attended an office party where most of the attendees were women of color. She shared with them how uncomfortable she had been in that see-through shirt, and they all started swapping secrets of how to layer like a pro so you never feel like the whole world can see your underwear.

“As we were talking I thought, ‘Wait! This is broken. Why can’t the underwear actually do what it’s supposed to do?’” 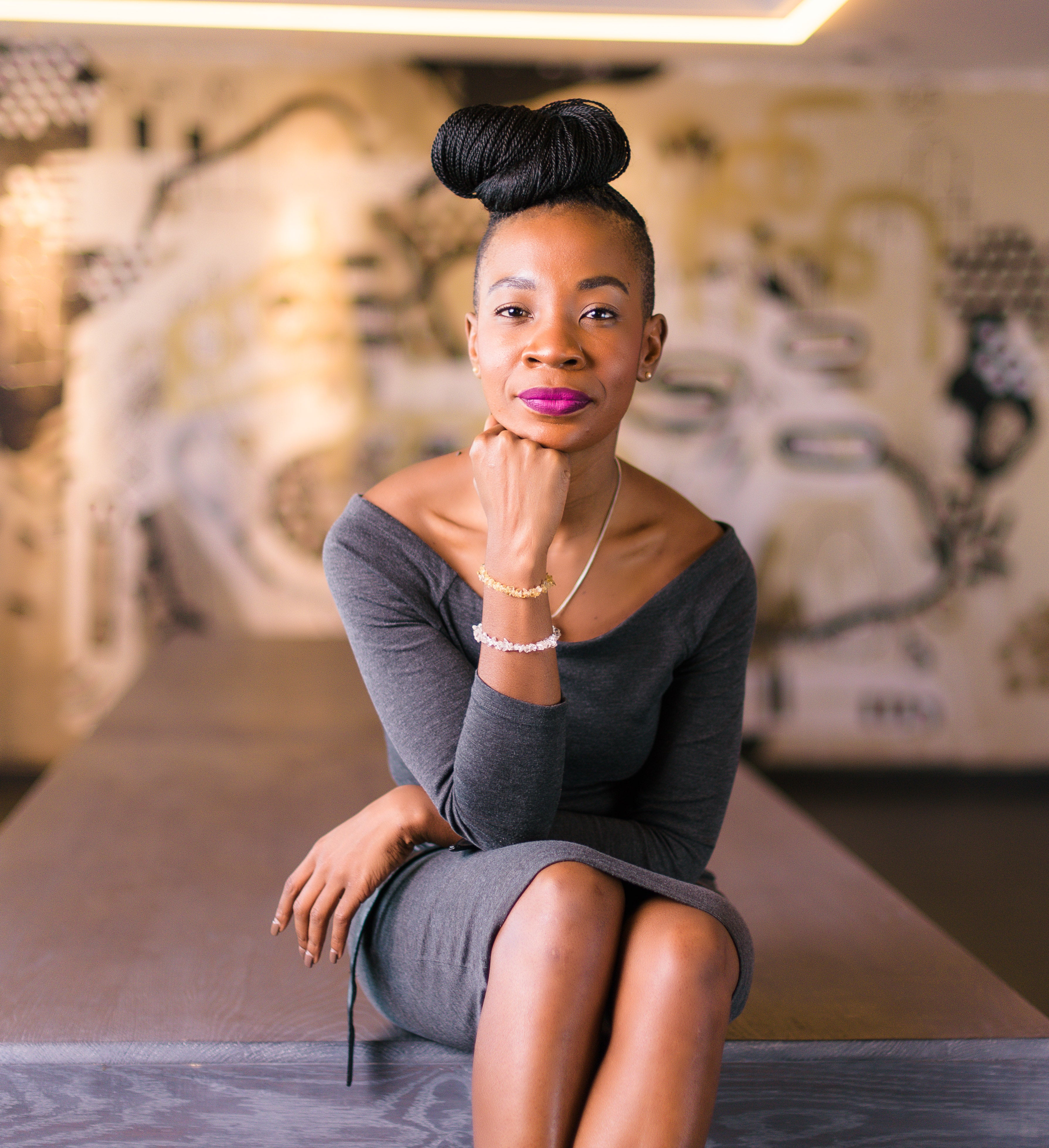 This was the birth of Gugu Intimates, a skin-colored underwear range for women of color, the first of its kind in Africa. While it would be a year’s time until the line was actually created and ready for the market, the seed was planted on that day.

True to her marketing strategy background, Nkabinde began researching and found that the only truly nude underwear for brown-skinned women could only be found overseas. She ordered a pair and it cost her nearly $200 after factoring in customs and duties costs.

“I was like, ‘Underwear is a staple, I can’t be spending this much money on just one pair.’”

It wasn’t until New Year’s Eve in 2016 that Nkabinde got serious about the business. When a friend challenged their squad to come up with business ideas that would benefit the women as individuals, instead of the corporates they worked for, Nkabinde decided to make the underwear her project. Her initial idea was to make 50 pairs, sell them on social media and maybe get a lifetime supply for herself.

But that plan changed drastically as she did more research and traveled to other parts of Africa and discovered that in a continent where the majority of the population is Black, there was not a single underwear brand that catered to this specfic — yet very common– need in the market. The ‘nude underwear’ lines that did exist included options that seemed to be tailormade for White women.

When it came time to think of a name for the new venture, Nkabinde didn’t have to look far. 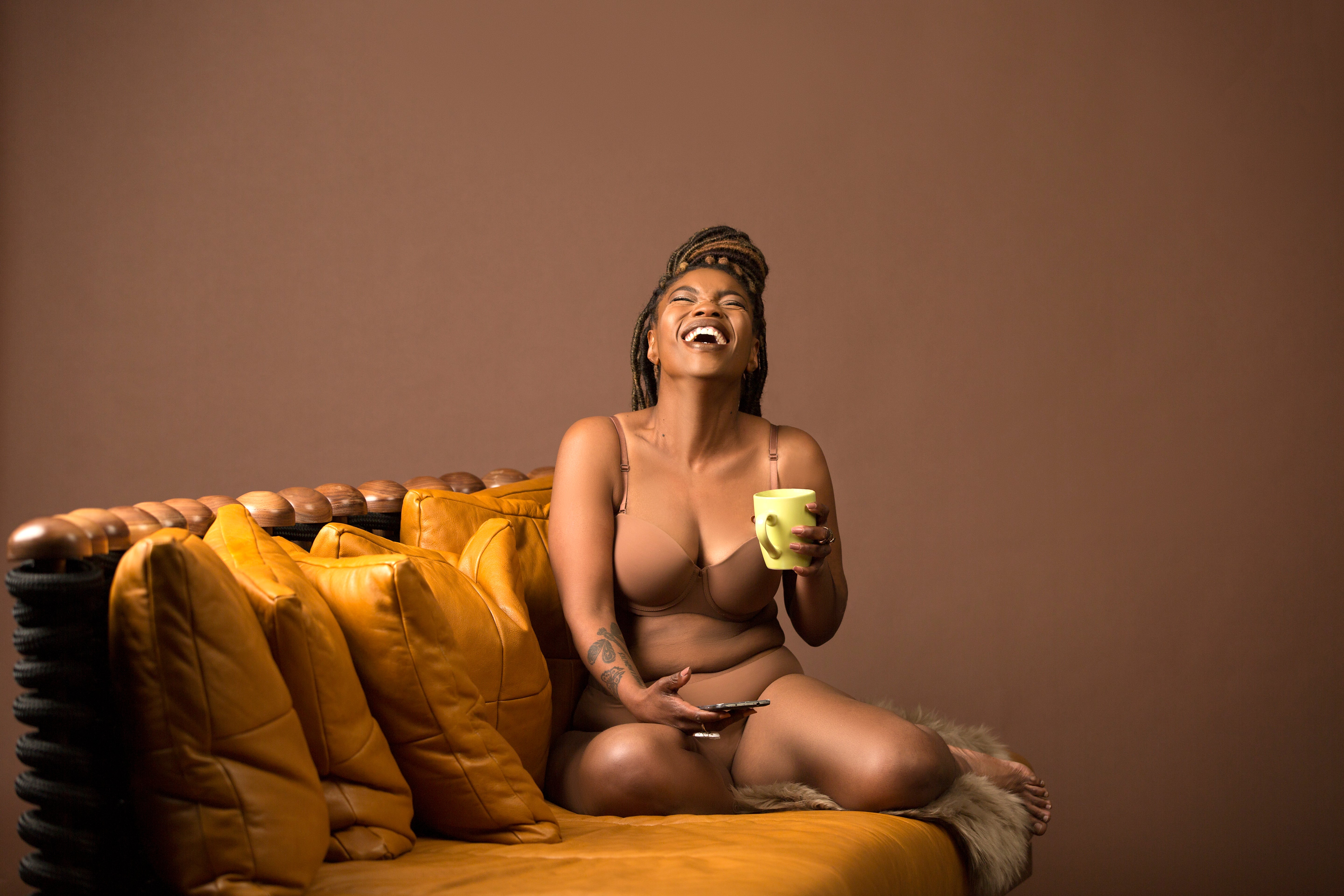 Gugu Intimates, which launched last month, currently comes in five shades of brown and rather than give the different shades names that further play into the objectification of women, Nkabinde thought: “Why can’t it be so simple that light skin equals beautiful, medium skin equals beautiful? But even those lights and mediums just bothered me. So, along with a poet friend who is also a copywriter, we played around with the concept of, ‘What if it doesn’t matter what shade you are, it just means you are beautiful?”

In the end, the team decided on labeling each shade “beauty,” each in different African languages: Elewa, which is Yoruba; Amara, which is Arabic; Buhle, which is the collective Nguni languages of Zulu, Ndebele, Xhosa and Swazi; Zuri, which is Swahili; and Runako, which is Shona.

A sixth shade, the darkest, is currently being developed and will be called Beleza, which is Portuguese and Spanish. This shade will be available in three months.

When all is said and done, Gugu Intimates will offer eight shades of skin-colored, laser cut seamless underwear for brown women.

“I struggled a lot with my skin tone being half Zimbabwean and half South African,” Nkabinde said. “I was always darker than my relatives and could not believe that I was beautiful for a very long time. I think I only started to accept compliments at 30, which was just three years ago. When doing research for Gugu Intimates I realized how brands have a lot to do with the image that we see when we look in the mirror.  I decided mine was going to be a brand that affirms women that look like me because that was not readily available for us.”

Nkabinde ultimate goal is to provide underwear in the broad spectrum as her brand grows. Skin tone shape wear is next on her to-do list and she also envisions sexy, skin tone lingerie.

“Why can’t we be beautiful and adorned in our own shade?” she said. “Why does it always have to be pink or red? Sometimes you just want to look beautiful as you are.”