Thousands gathered from across the globe to visit the beautiful city of Cape Town, South Africa for the 18th Annual Cape Town Jazz Fest.

While the lineup was filled with talented men like Kamasi Washington, Tsepo Tshola and Pops Mohamed, the women who performed were the shining stars of the week-long event, which also includes master classes in addition to shows.

Thank you #SouthAfrica for welcoming us with open arms! xo #CTIJF2017 #EVOnTheRoadAgain

Some of the leading ladies who stole the show included Laura Mvula, Andra Day, Dope Saint Jude and En Vogue— who all performed during the two-day concert portion of the festival, considered the biggest in the continent.

Praised for her powerhouse vocals, Andra Day came all the way from the states to perform on Saturday’s main stage. The 32-year-old opened up about her evolving sound and what fans can expect on her next album.

“My sound is definitely evolving,” she told ESSENCE. “I’m inspired by tons of artists that are here. Actually, I’m looking at Laura Mvula; I love her. I love that she incorporates orchestral elements into her music. I’m inspired by everything that I hear and you’ll definitely hear that on this next album.” 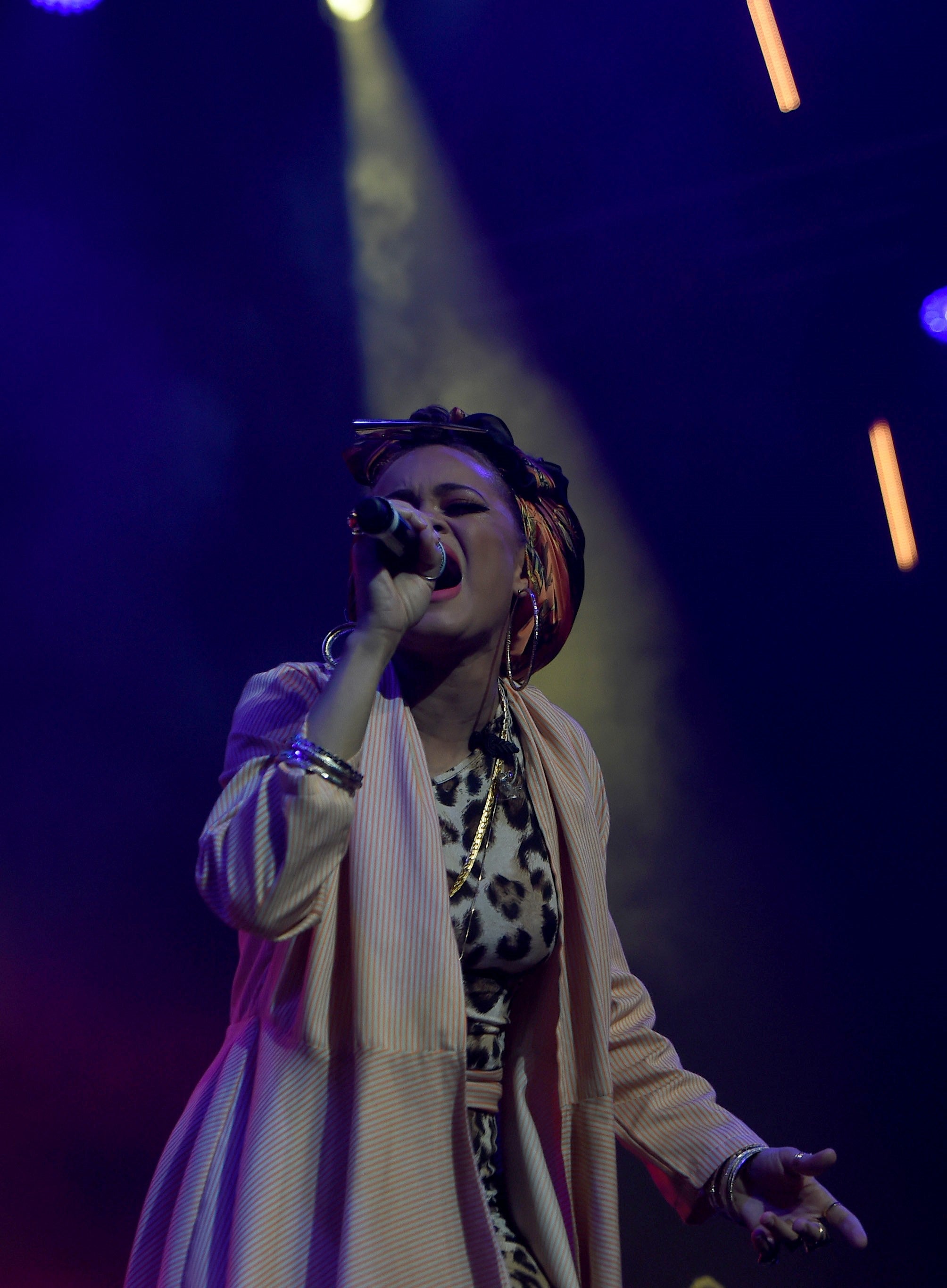 The Grammy-nominated songstress was also excited to share her collaboration wishlist, which includes none other than Kanye West.

“There are definitely people that I want to collaborate with and I’ve been talking about collaborating with —Kanye’s another one who uses jazz in his music,” she added. “And, you know, this last album was definitely very personal, the music was very much a story, and the next one will still be a story but sonically I want it to be sort of that kind of lawless sound effect. I want it to be full of just beautiful sounds and I want the harmonies to be a little more dense, a little more clean… I think I’ll still be telling stories, still be reflecting what’s going on socially but I want to do it in a sonically.”

Newcomer Dope Saint Jude’s set —which included voguing backup dancers and rap sets— was a favorite for young concert-goers. She spoke candidly about her fresh approach to Hip Hop as a jazz festival performer.

“I try very hard to push my artistry, ” she said during the event’s press conference. “And these days I hear the same, like everyone is saying the same things about staying away from the fakes and I gots to get my money. Like, I get that’s important and there’s a space for that kind of music [but], it’s a shame for Hip Hop, which started out as a political movement.”

When asked about her place in a male-dominated industry, she had the perfect response.

“The patriarchy needs to work on itself,” Jude said. “I don’t believe you can push down others to elevate yourself. I try to push longevity… I want to be able to perform for the next 50 years.”

Find out more about the Cape Town Jazz Festival HERE.

Back To School: 12 Dorm Room Must-Haves You Don't Want To Forget